The staircase in our house leads out of our living room, and at the bottom of those stairs lies a mystery. Over the years, while sitting on our sofa, people have caught a glimpse of something that they can’t explain. Whatever it is, it tends to lurk at the base of our stairs. At a glance, this phenomenon looks like a shadow that has come alive and then decided to dash into hiding. Until recently I hadn’t seen it for myself, but now that I have, I can honestly tell you I have no clue what it is.

So, all of this made me curious. What if shadows could come to life? After all, Peter Pan’s did. But what if these shadows were a separate lifeform? Perhaps they are creatures that live beyond our sight—most of the time. After considering this, I began to wonder what would happen if we could interact with these magical beasts too. I mean, how cool might that be?

In the end, I decided there could be all sorts of danger involved. To be fair, it might be complete chaos if we all had access to these shadow-creatures. If they did exist, I concluded that only a small group of people would even know about them. Likewise, those people would have a unique bond with these mystical wonders, while the rest of us remained unaware of their existence. Enter Sapphire Smyth.

“Sapphire Smyth & The Shadow Five” is a serialised young adult fantasy story. There will be six parts to this adventure, with the first part being released in March 2019! Each instalment will be available on Kindle & Paperback through Amazon.

Anyway, I’ve been asked a few times why I chose a serialised format for this book, so I thought I’d try to offer an explanation….

First, this is something I’ve enjoyed in the past as a reader. I remember collecting each instalment of Stephen King’s ‘The Green Mile’. At the time, I began discussing the story with my friends and family, and they started reading the books too. From a reader’s viewpoint, it was enchanting. This is also the way some of Charles Dickens’ works were published, and that alone fills me with joy. Why can’t we do that again?

My second reason is to compare this method of publishing with television—bear with me on this one. As a person who grew up in the eighties, I have always been very aware of the social side of T.V. shows. I remember going into school and discussing the latest episode of my favourite series. Then, when those shows were televised in a serial form, it had benefits that were mind-blowing. The story would fire up imaginations and create conversations about what might happen next. This still happens now for so many of us, too. People go into school, college, university and work and discuss T.V. shows with their peers. The first question is usually, ‘Are you watching…?’. This is quickly followed up with, ‘Did you see it this week?’. For me, this is a concept that would be extraordinary in book form. The thought of readers coming together to discuss the latest instalment in a story is wonderful—which brings me right back to Stephen King and Charles Dickens.

There are other reasons for choosing a serialised route too, but I could go on for days. Overall, I wanted to try a method that was a little different. I wondered whether readers might enjoy that.

The first part of “Sapphire Smyth & The Shadow Five” will be available for pre-order soon. I’d love it if you would join me on this adventure. 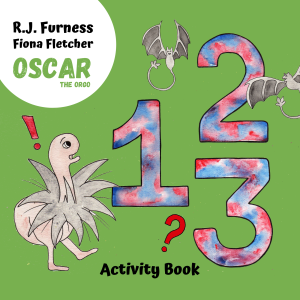 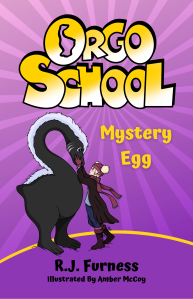 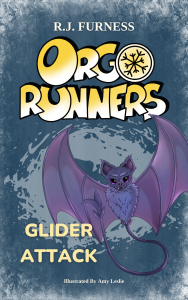 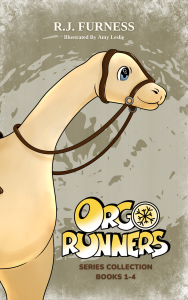 © R.J. Furness, 2017.  Unauthorised use and/or duplication of this material, without express and written permission from this site’s author, is strictly prohibited.  Excerpts and links may be used, provided that full and clear credit is given to R.J. Furness, with appropriate and specific direction to the original content.